The Simple Genius of Total Recall

The Simple Genius of Total Recall

Last Friday, I had a great day.

Well, I say great, it was a bit of an emotional rollercoaster if I’m honest. However the day was somewhat of a ‘musical’ day.

It started on the X7 bus from my hometown of Arbroath by-the-sea to the city of Bonnie Dundee.

I’m travelling on the bus because my car is waiting for an MOT much to the annoyance of the other-half as it’s been motionless in front of the house since Christmas. However, I digress.

I genuinely love getting the bus for three very good reasons: 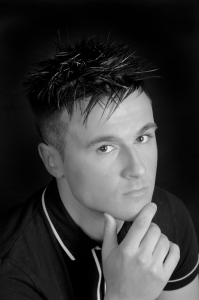 I was on my way to a business meeting and then off to spend my afternoon with a choir called Total Recall.

Total Recall is a Dundee-based choir where some of the members have a diagnosis of dementia and other members are their carers, family or close friends. It’s a fantastic concept led by David Wilson-Wynne (pictured – who also happens to be the third member of my clients ‘The Twa Tenors’ – it’s a long story, again for another day, another blog).

The choir meet every Friday in a cosy church hall, where they socialise and share over tea and biscuits then get stuck-in to an hour and a half of delightful singing. I duly arrived with the intention of sitting quietly in the corner and simply observing.

How wrong I was.

The phrase ‘shoe on the other foot’ suddenly hit home. To explain, I spend my days encouraging, coaching and cajoling individuals who have an absolute fear of public speaking to, well, speak in public.

So revenge was indeed a ‘dish best served cold’ last Friday as I was encouraged, coached and cajoled into singing.

Now to understand, I haven’t sung in public since those weekly school assemblies in the seventies. I do attempt the odd ‘note’ when social convention dictates at a wedding or funeral. I am absolutely tone-deaf or as my dear old grandma used to say “flat as a fart” (after forty-six years I still don’t quite understand this example of pensioner eloquence).

At the start of this blog I mentioned ‘emotional rollercoaster’ because after a shaky start, I sang (or rather mimed) along to ‘Moonlight Serenade’, the hymn ‘Seek ye First’, Elton’s ‘Can You Feel The Love Tonight’ (it was at this point I started to hold-back the tears as this one always makes me cry), The Beatles ‘Yesterday’ and then more potential waterworks with ‘My Way’. The final song we were due to perform was ‘Memory’ from the musical Cats which makes me think (irrationally) of my old-boy Husky passing-away at some point in the future (I’m starting to blub as I type for goodness’ sake) because of these lyrics:

It’s so easy to leave me

All alone with the memory

Of my days in the sun

If you touch me

You’ll understand what happiness is

A new day has begun

Thankfully for me, we ran out of time to perform the tear-jerker so I left the church hall with my dignity intact.

The Total Recall choir were and are outstanding.

It’s not just an afternoon for singing. It’s an afternoon of sharing, laughing, loving and remembering. For me the ‘remembering’ aspect is the genius of Total Recall and of similar organisations around the country.

Dementia is rapidly becoming the health and social care challenge of the 21st century.

According to Nick Smurthwaite in an article for Age UK, the total number of people with dementia in the UK is predicted to be in excess of one million by 2021.

Music, especially singing appears to stir memories and stimulate the brain. It seems to reach parts of the brain in ways other forms of communication finds it difficult to do.

In the article Professor Paul Robertson, a concert violinist and academic who has made a study of music in dementia care said ‘We tend to remain contactable as musical beings on some level right up to the very end of life.

We know that the auditory system of the brain is the first to fully function at 16 weeks, which means that you are musically receptive long before anything else. So it’s a case of first in, last out when it comes to a dementia-type breakdown of memory.’

As someone acutely interested in communication, I LOVE what Total Recall does. It’s not complicated, but it’s not straight-forward. It’s not just about singing, but at the heart of it, it is.

There is a science behind it, however it’s a simple concept to grasp but overall it works and for me and thousands of others, that’s all that matters.

The whole experience on Friday made me think about a list of songs from my aforementioned iPad that work for me. I’ve selected only ten as my list because most probably like yours, it’s inexhaustible. By-the-way this list is only applicable to how I’m feeling today! It will most likely change tomorrow; but that’s music for you.

This is a list for me and my loved ones. In no particular order and I make NO APOLOGY WHATSOEVER for any tracks that could be described as ‘cheesy’. I encourage you to do the same.

PS I would have selected Elaine Paige singing ‘Memory’ but I’ve run out of hankies!